Equi-Trek is the preferred choice of some of Britain’s leading equestrian competitors!

When competing at the very top levels of the equine world, reliability is of paramount importance, followed closely by being able to relax in a comfortable environment before and after a competition.

They also know that just as importantly if not more so, the horse must arrive in a comfortable, relaxed state before any event.

At Equi-Trek we know and understand the needs of horse and rider at the highest levels of competition.

So when you choose Equi-Trek, you know you’re in good company.

I looked at the market very carefully before I chose Equi-Trek, for me it was the obvious choice for quality, value and practicality.

Biography – One of Britain’s leading eventers, Oliver began riding at the age of 7 and at 13 he went on to represent Britain on the pony eventing team at the European  Championships. Since then he has represented Britain at senior level at the 2005 European Championships at Blenheim and the World Equestrian Games in Aachen in 2006 as an individual. In 2007 he earned a place on the team at the European Championships in Pratoni where he won a team gold medal. In 2009 Oliver won back to back Badminton and Burghley titles, finishing the season at the top of the British Eventing points table. 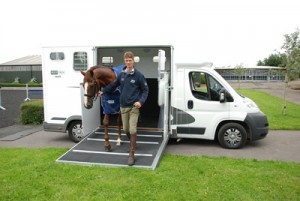 Born in 1969 and having ridden from a young age, William started eventing at the age of 15.  Encouraged by his parents, both of whom completed Badminton and Burghley, he represented Britain throughout his teens, winning individual Silver at the Junior Europeans in 1987, Young Rider Team Gold medals in successive European Championships in 1988 and 1989 and completing Badminton himself at the age of 20. His first Burghley win five years later established him as a regular on the senior British Team and guaranteed him a ticket to the Atlanta Olympics in 1996. William was the first British rider to become eventing’s World No 1, a distinction he achieved in 2002 and again in 2009 & 2010.  He has represented his country consistently over the past 15 years, winning team Silver at the 2012 London Olympics, team Silver at the 2004 Athens Olympics, team Bronze at the 2008 Beijing Olympics, team Gold and individual Silver at the 2010 World Equestrian Games in Kentucky, team Silver at the 2006 World Equestrian Games in Aachen and team Bronze at the 2002 World Equestrian Games in Jerez.  He has won seven team Gold medals at the European Championships and has been the British No 1 eleven times.

William Fox-Pitt has won the Equi-Trek Bramham CCI 3* on Chilli Morning 2 years running.
“The ‘Sonic’ we won last year has been a real asset to us and it is such a great prize to have so I am looking forward to having another one.”
www.foxpitteventing.co.uk

In my opinion the Equi-Trek Sonic is by far the best small horsebox available.

Biography – International show jumper John Whitaker began riding at the age of 6. Since then he has won many medals at World and European championships and represented Britain at the Olympics on several occasions. His most famous and successful partnerships have been with Ryan’s Son, Milton and Gammon. Milton being the first horse to have won £1,000,000 in prize money. 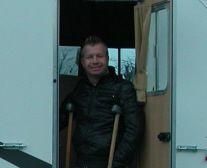 Biography – Harvey Smith’s oldest son was encouraged to follow in his father’s footsteps from the age of 6. He has since represented Britain in over 80 Nations Cup teams and came fourth individually at the 2004 Athens Olympics, riding Mr. Springfield. He has won back to back British Open Titles and won both the World Cup Qualifier and the Grand Prix at Olympia in 2005.

Nick is a world-renowned show jumping rider whose career has spanned nearly 38 years, winning thousands of classes and hundreds of Grand Prix’ events, and over £6.5m in prize money.

A very serious injury in September 2000 forced Nick to retire from show jumping in 2001 but he made an amazing recovery and made the courageous decision to compete again, the stuff of legends. He is once again at the very top of the prestigious sport of international show jumping.

Nick Skelton’s brilliant horsemanship is demonstrated by the fact that no other rider has won so many major competitions on so many different horses and he is as well known and popular at Olympia and Hickstead as he is at Gothenburg or Paris or Spruce Meadows.

Nick holds the British equestrian high jump record, when he jumped over 7’7” on Lastic in London back in 1978 and has competed at six Olympic Games, most recently in Beijing in 2008. He has won ten European Championship Medals, six World Championship Medals, a World Cup title and over 60 major Grand Prix’ titles. Four times he has won the Du Maurier (latterly called the CN International) in Spruce Meadows, Calgary, a class which awards some of the highest prize money in show jumping history. Nick won in 1985 riding St James, in 1993 riding Dollar Girl, in 1998 riding Hopes are High and in 2008 he teamed up with Arko III to scoop the first prize.

The famous horses Maybe, If Ever, Apollo and St. James took Nick to the pinnacle of his profession and brought him numerous top prizes back in the 1980’s, including winning the Hickstead Derby three times. Those successes were followed by a host of victories with other horses who all kept him in the spotlight: Major Wager, Top Gun, Grand Slam, Phoenix Park, Dollar Girl, Limited Edition, Showtime, Tinka’s Boy, Hopes are High, Russel and Arko III.

Now riding for Team Beverley on horses belonging to Gary and Beverley Widdowson, Big Star and Carlo 273 and competing at the London 2012 Olympics on Big Star, where he was part of the Gold Medal winning team.

I looked at the market very carefully before I chose Equi-Trek, for me it was the obvious choice for quality, value and practicality.

In my opinion the Equi-Trek Sonic is by far the best small horsebox available.

Send us an enquiry and we'll be in touch.